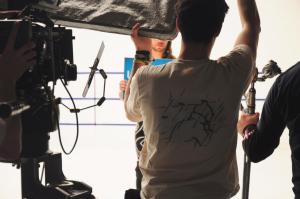 The proposed tax credit system for high-end TV, animation and video games has been given approval by Brussels and now has the green light for an April start date.

The scheme, which was detailed in Chancellor of the Exchequer George Osborne’s budget earlier this month, will allow a 25 per cent tax break on qualifying projects. The government anticipates allocating £5m to the system for the rest of 2013 and for the amount to grow steadily over the next few years. The British Film Institute will be the certification body for the incoming tax credit system, the introduction of the tax credits has been widely welcomed by industry associations and the production sector.

Adrian Wootton, chief executive of the British Film Commission and Film London said: “This is fantastic news for the industry. That the TV tax relief is in place just a year after it was announced is testament to the Government’s understanding of how vital the production industries are to the UK economy in terms of job creation and investment. Building on the success of the film tax relief, the British Film Commission is already working hard with our partners both here and in the US to ensure that the UK has as much success in attracting major international TV production as we do in attracting major international features.”

While is not surprising that The British Industry has finally woken up to the fact it was losing out, after Julian Fellows 4 part TV series Titanic was shot in Stern Studios, Budapest. The real losers will be the Irish Film Industry. In 2012 there were 3 major BBC TV series and four ITV series shot in Ireland, similar productions are unlikely to be done here in the future. Ireland could also see some of the larger successful series such as Vikings  (€30 million) being poached from Ireland, or even part of the series being shot between Ireland and the UK to claiming tax incentives in both jurisdictions. Such a move would probably see most of the studio work done in the UK, so most of the technical crews would be hired in the UK along with cast, and probably some Irish scenery work done in Ireland providing little or no employment for Irish crews or service industry.

Like Loading...
‹ Adamstown – it’s back to the future of urban sprawl
Pinewood Shepperton to bring British film expertise to Asia ›