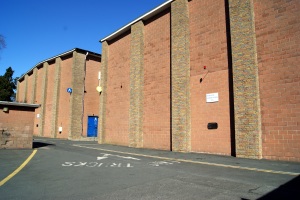 Seán Kyne, TD  Galway West [FG], addressed the Dail this week on extending section 481, said “The tax reliefs and incentives are as important to the creative industries as the 12.5% Corporation Tax rate is to business and industry”.

Sean Kyle said that in the wake of the UK’s plans to launch its own TV incentives Ireland will be reviewing its location filming tax relief programmes. Ireland has become a TV production hub in recent years and its filming industries want to keep it that way.

“I’m certain both reviews will demonstrate this and provide a compelling case to increase and enhance our incentives so that Ireland stays ahead of the competition.”

While the sentiment of Deputy Kyle statement make be correct, before the Governments grants any extension a full review on how valid the current tax incentives are for today’s digital creative economy is required.

5. The Irish Film Board, jointly with the industry, should develop a 10 year strategic plan to address the sustainability of the industry and its vulnerability to changes in tax incentives in other countries and to enhance its net economic contributions.

“The film sector in Ireland is primarily dependent on competing on the basis of tax incentives which can easily be replicated in other counties. This vulnerability was highlighted by Indecon as far back as 1998. Any sector which is dependent on a competitive advantage which can be removed by a simple change in tax legislation in other countries is not sustainable.
The sector and the IFB need to design more sustainable tax and other incentive mechanisms that have a lower cost but greater benefit, and should also focus on developing skills/talents, infrastructure and a competitive cost base, in order to provide long-term sustainability for the sector. The plan should also consider the capital structure of Irish film and TV companies.”

Extending to current tax incentive as they are currently are structured will not solve the decline of the Film Industry.  Suggestions I would make would include;

The Irish Film Industry at present lacks direction and accountability – it can only deliver growth if The Irish Film Board can bring about changes required to bring it into the 21st century, at the moment there are too many holes in the bucket.