Home › Film and TV › Looking forward to my role in ‘Neverland’

Looking forward to my role in ‘Neverland’ 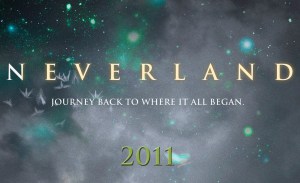 I’m delighted to have been given the role of Construction Manager on ‘Neverland’ a two-part prequel to the Peter Pan story commissioned for Sky Movies HD.

The project will provide an intriguing history of many of the beloved characters including The Lost Boys, Captain Hook, The Indians, and Neverland itself.
Production is set to begin on the four-hour movie event in Genoa, Italy in early September for one week before moving to Dublin for 1o weeks shoot.

Written and directed by Nick Willing (Alice and Tin Man) it will the largest green screen shoot ever to be done in Ireland to date. The Irish producers on board include Redmond Morris (The Reader, Notes on a Scandal) and Alan Moloney ( Intermission) for Parallel Films.

Irish Locations will include Blessington Lakes, Killiney Hill, Dublin Castle and the studio base at Swords, North County Dublin.

It is expected ‘Neverland’ will air on Sky Movies Premiere in mid 2011. More details later, I’m really looking forward to this shoot after a very lean start to 2010.